The Sacrum and Coccyx 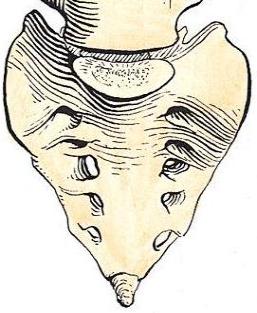 The sacrum and coccyx are commonly referred to as your "base bone" or "tail bone".  As a child the sacrum consists of five individual bones and the coccyx is made up of three to five bones. In the adult, the sacral segments and the coccygeal segments fuse so that each of these two bones are solid singular bones.

The sacrum forms joints with each of the hip bones and helps to stabilize the pelvis.

The nerves that exit the sacrum and coccyx go to the tissues and organs in that area.  These include the muscles of the buttocks and hips as well as portions of the thigh and leg.

In addition, organs and tissues such as the rectum and portions of pelvic tissues are also innervated by these nerves. 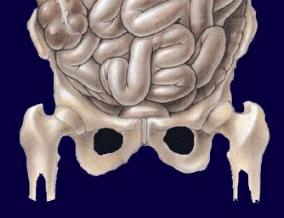 As a result, some of the problems that may occur as a result of subluxations here could be sacroiliac conditions, hemorrhoids, scoliosis, and pain when sitting.